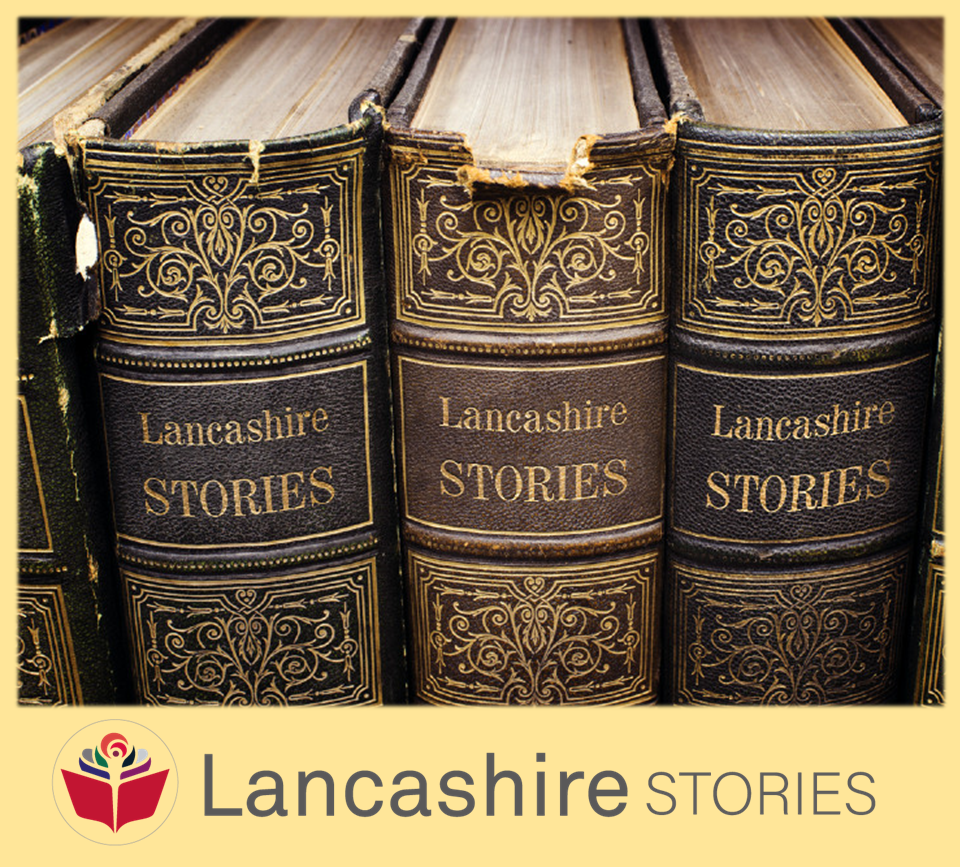 Lancashire Stories is an ambitious pan-Lancashire new project, which will see us commission 12 professional writers to share new and original short stories, written about Lancashire and published in one beautiful anthology.

Working with the library services in Blackpool, and Blackburn with Darwen, we will bring an exciting programme of events and activities to libraries across the region over the next 2 years.

Funding from Arts Council England's Project Grants has enabled us to work on this exciting project, which will be brought to reality by UCLan Publishing, with around 10,000 copies of the anthology due to be published and distributed in November 2022, around Lancashire Day.

There will be plenty of opportunities to get involved, and we will be looking for people to share their Lancashire Stories over the course of the programme.

We are delighted to announce that we have commissioned 12 fantastic local authors to take part in Lancashire Stories. We will be revealing one each day via this page and our social media channels. Find out more about them, including links to their work below.

Nathan Parker is a two time Lancashire Book of the Year shortlisted author for his acclaimed Granville series of gritty, young adult novels. He is proud of his Lancashire heritage and particularly his home town of Blackpool which, along with his second career as a youth worker, inspires his work.

Find Nathan Parker on our catalogue 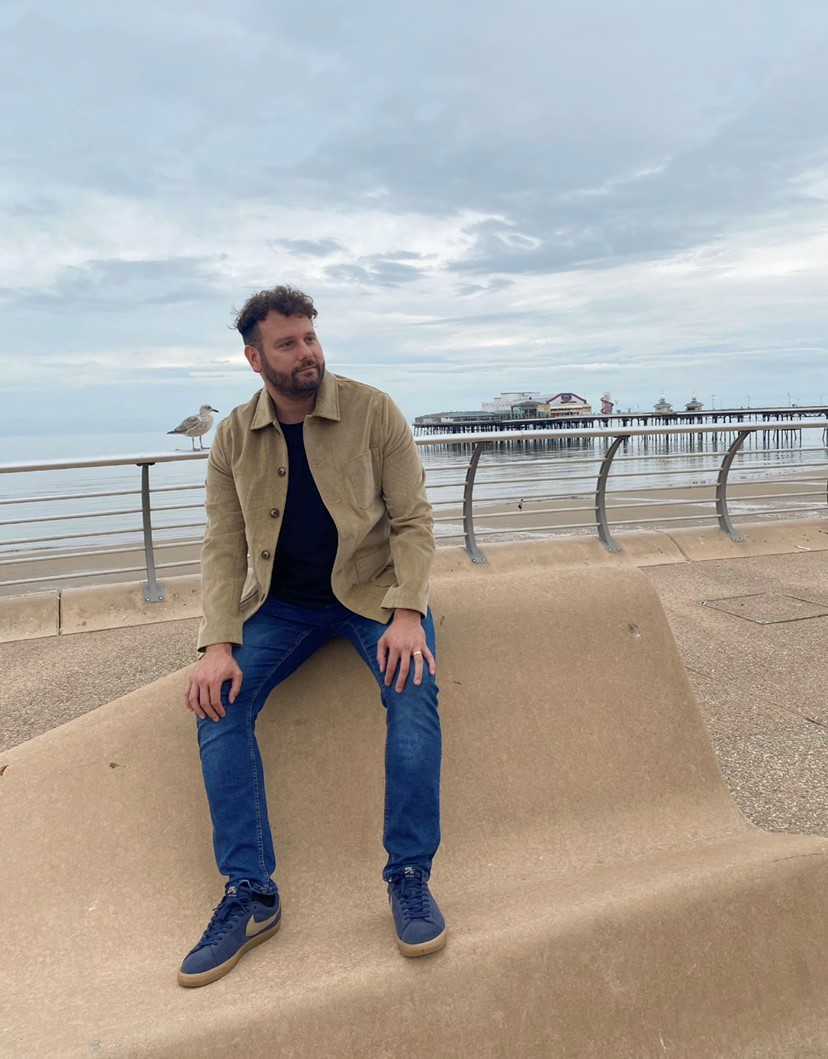 Libby Ashworth is a well-known author of historical fiction set in the mill towns of Lancashire. Her Mill Town Lasses Series, beginning with The Cotton Spinner, follows the challenges that face the Eastwood family when they are forced to move from the countryside into the town of Blackburn to find work. Born, bred, and still living in the county, Ashworth can trace her family back to the 1600s and has found that they frequently appear in the very same cotton mills which inspire her work.

A new novel - The Convict's Wife will be released in January 2022.

Find Libby Ashworth on our catalogue 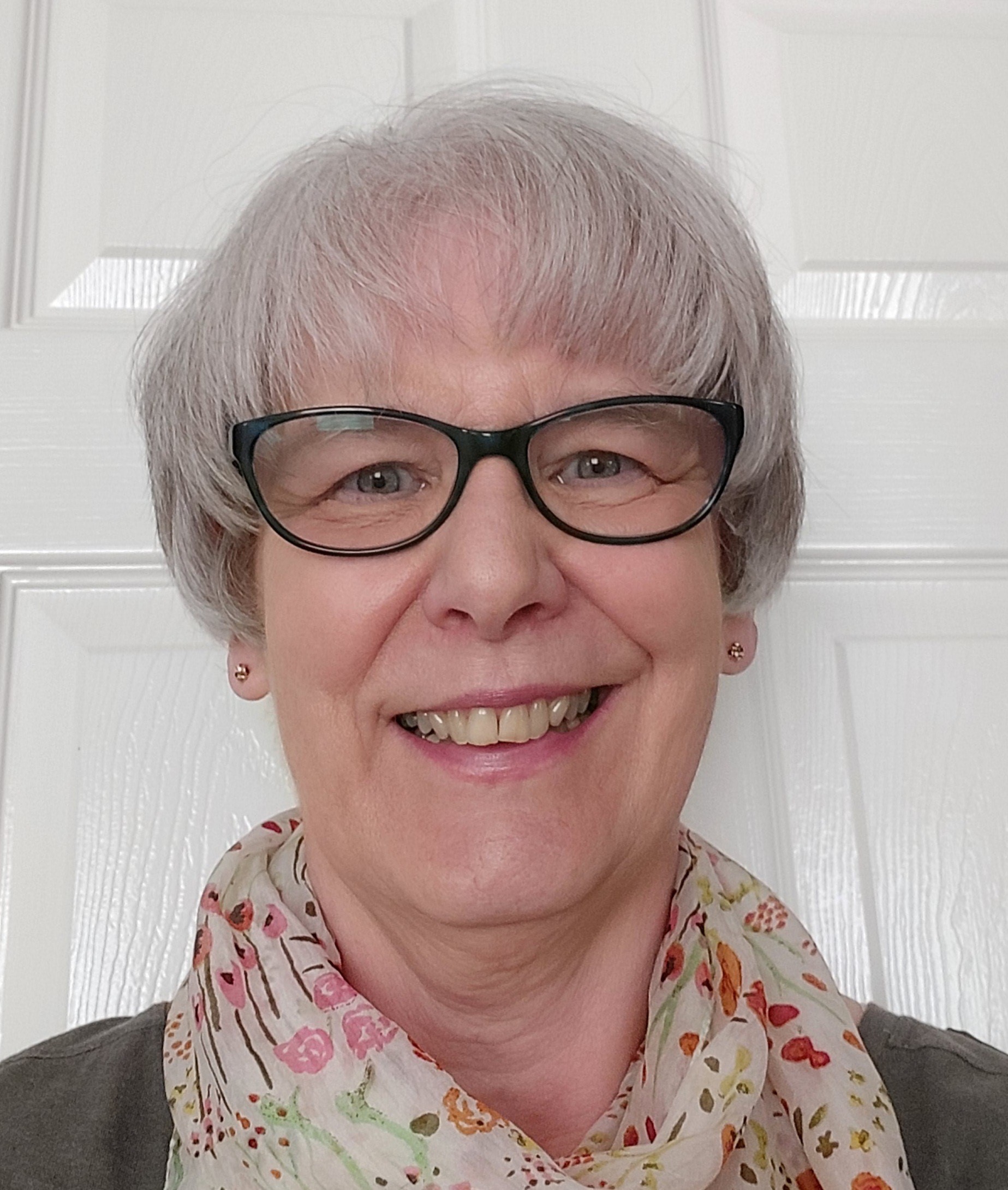 Sarah Schofield is a Lecturer in Creative Writing at Edge Hill University and runs writing courses and workshops in a variety of community settings. Her debut short story collection, Safely Gathered In, was published by Comma Press in 2021. 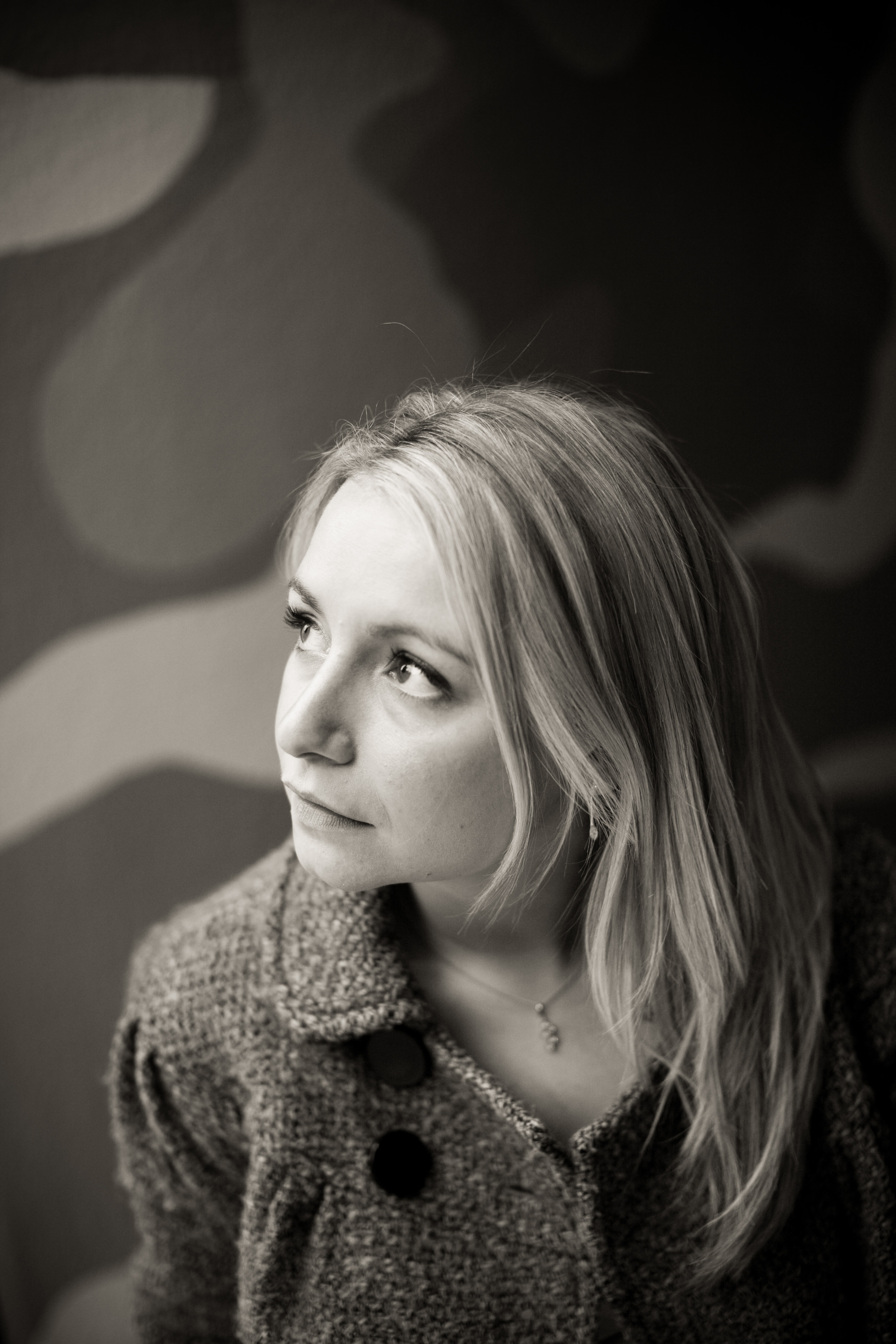 Yvonne Battle-Felton is an American writer living in the UK. Her writing has been published in literary journals and anthologies. Remembered, her 2020 novel, was longlisted for the Women’s Prize for Fiction in 2019 and shortlisted for the Jhalak Prize in 2020. She was commended for children’s writing in the Faber Andlyn BAME (FAB) Prize in 2017 and has three titles in Penguin Random House’s Ladybird Tales of Superheroes and three in the forthcoming Ladybird Tales of Crowns and Thrones. Yvonne has a PhD in Creative Writing from Lancaster University and is Lecturer in Creative Writing and Creative Industries at Sheffield Hallam University.

Find Yvonne Battle-Felton on our catalogue 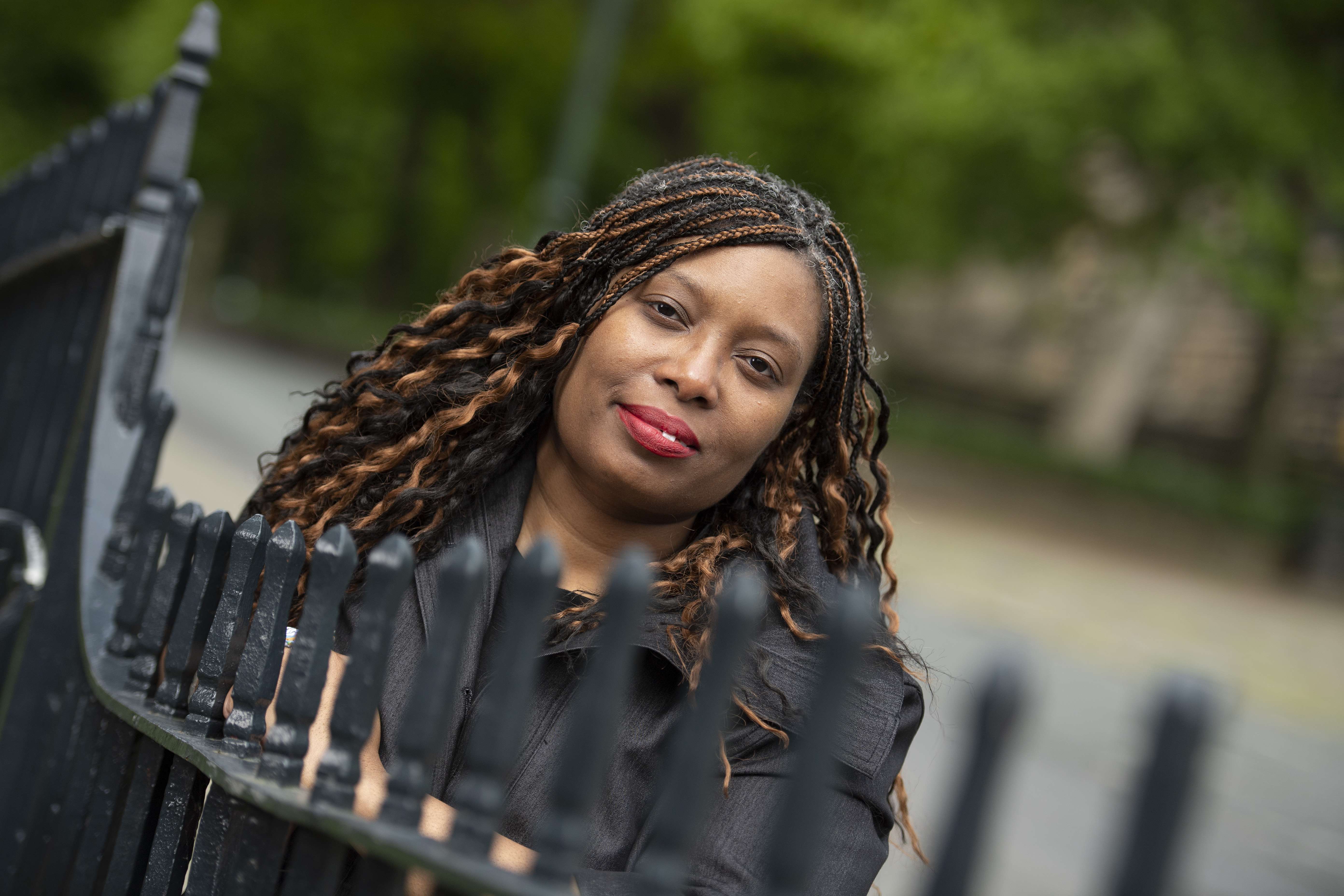 Neil White has written 12 Crime Thriller novels including the Dan Grant trilogy, the Jack Garrett series and the Parker Brothers trilogy. Many are set in Lancashire. He has also written Lost In Nashville, the story of a father and son trying to reconnect by travelling the life of Johnny Cash. When not writing he works a freelance criminal lawyer and has published A Writer's Guide to Criminal Law.

Find Neil White on our catalogue 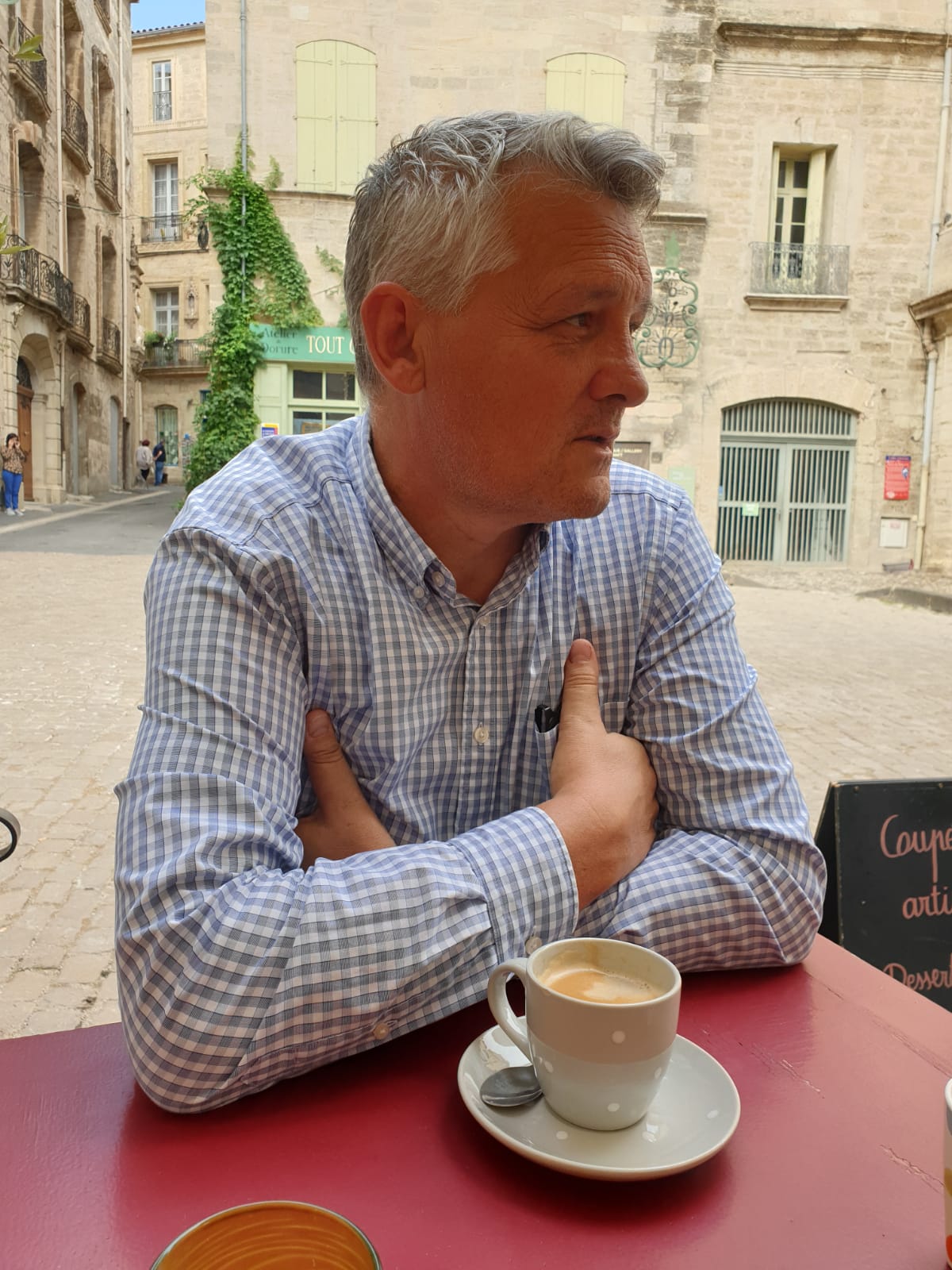 Naomi Krüger is a writer and academic with an MA and PhD from Lancaster University. Her writing has been commissioned by Lancashire Litfest, commended in Aesthetica and published in various literary journals. Her debut novel, May, addresses Dementia, the power of memories and the power of the past to affect the present. She currently lectures in Creative Writing at the University of Central Lancashire.

Find Naomi Krüger on our catalogue 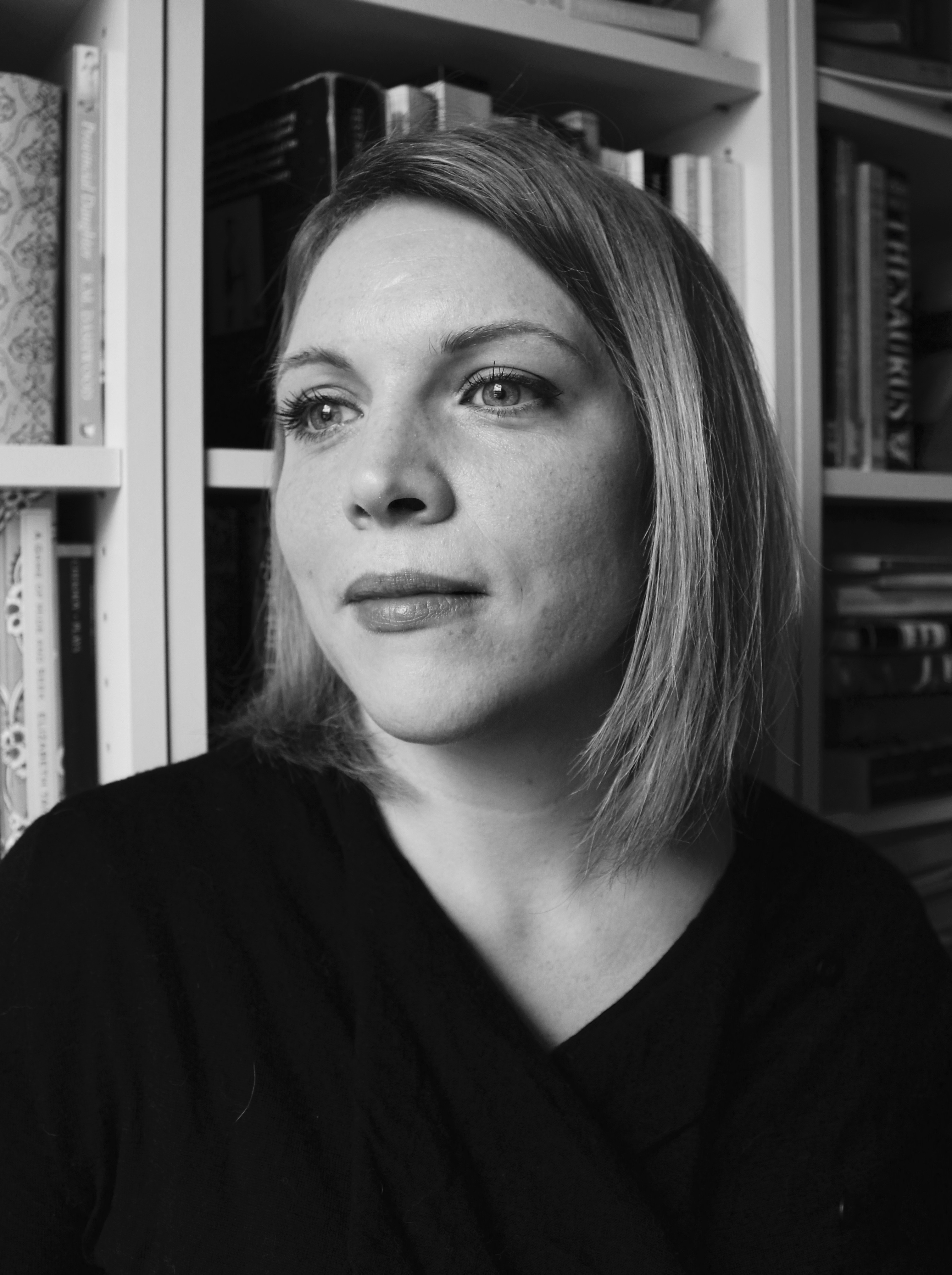 Michael Davies's work has appeared on stage, screen, radio, web and printed page. His debut play, Rasputin’s Mother, won the national playwriting competition and was produced in Birmingham and Leeds. The follow-up, Reality, was given a staged reading at the Royal & Derngate in Northampton, while Michael’s musical adaptation of Tess of the d’Urbervilles with composer Michael Blore was workshopped at the Royal Shakespeare Company’s Other Place in Stratford before the pandemic.  After a successful career editing newspapers, Michael graduated with an MA in TV Scriptwriting from De Montfort University and has a wide portfolio of television scripts. He has also written radio plays, one of which has Sir Derek Jacobi attached, films, corporate and online scripts and short stories.  Now living on the Fylde coast, his most recent project was to complete Domino Island, a first-draft manuscript by bestselling thriller writer Desmond Bagley, for publication by HarperCollins 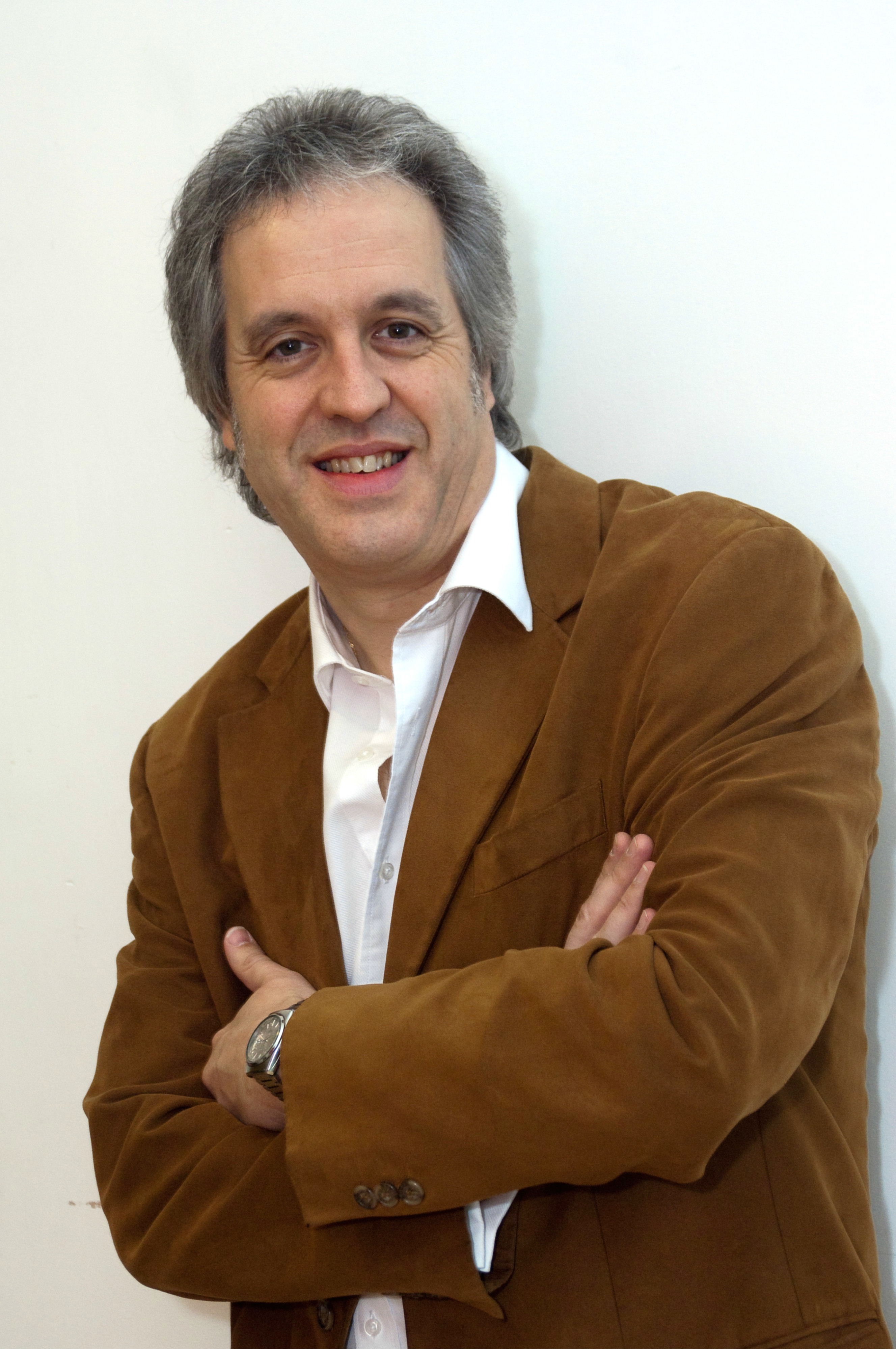 Ines Labarta is a writer and illustrator, born in Madrid, now living in England. She has published a series of middle grade novels, Los Pentasónicos, and novellas MacTavish Manor and Kabuki. Her novel The Three Lives of St Ciarán will be published in 2023. She holds a Creative Writing PhD from Lancaster University and lectures in Creative Writing at the University of Wolverhampton. She is a member of the Lancaster Litfest board of directors and co-founded The Wandering Bard magazine and podcast, a platform focused on promoting multiculturalism and diversity through literature and the arts. 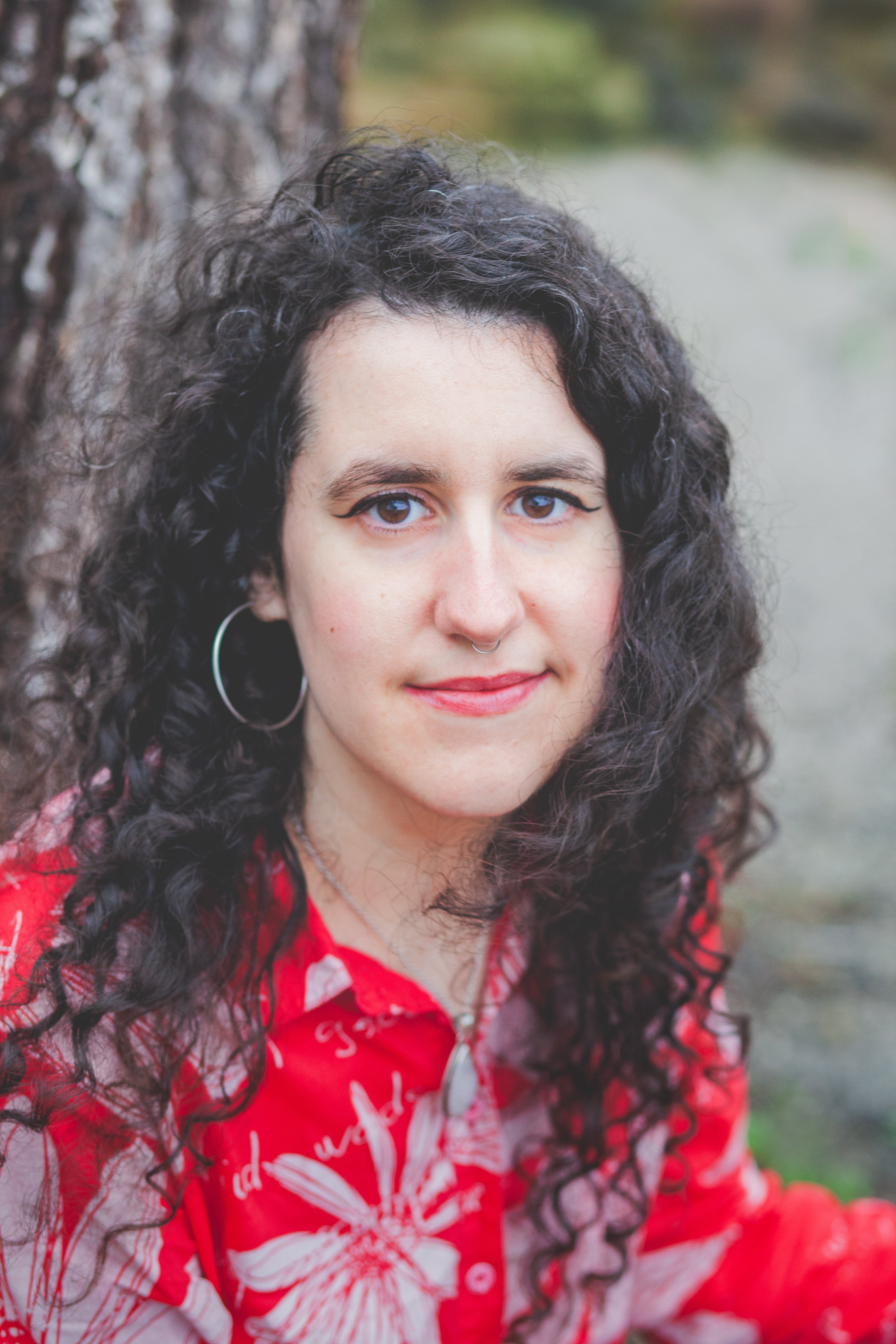 Antonia Charlesworth Stack is deputy editor of Big Issue North and uses her journalistic approach to research to help formulate her stories. Born and raised and still living in Blackpool, Antonia is passionate about sharing stories about her hometown, particularly the untold tales and histories of ordinary people. 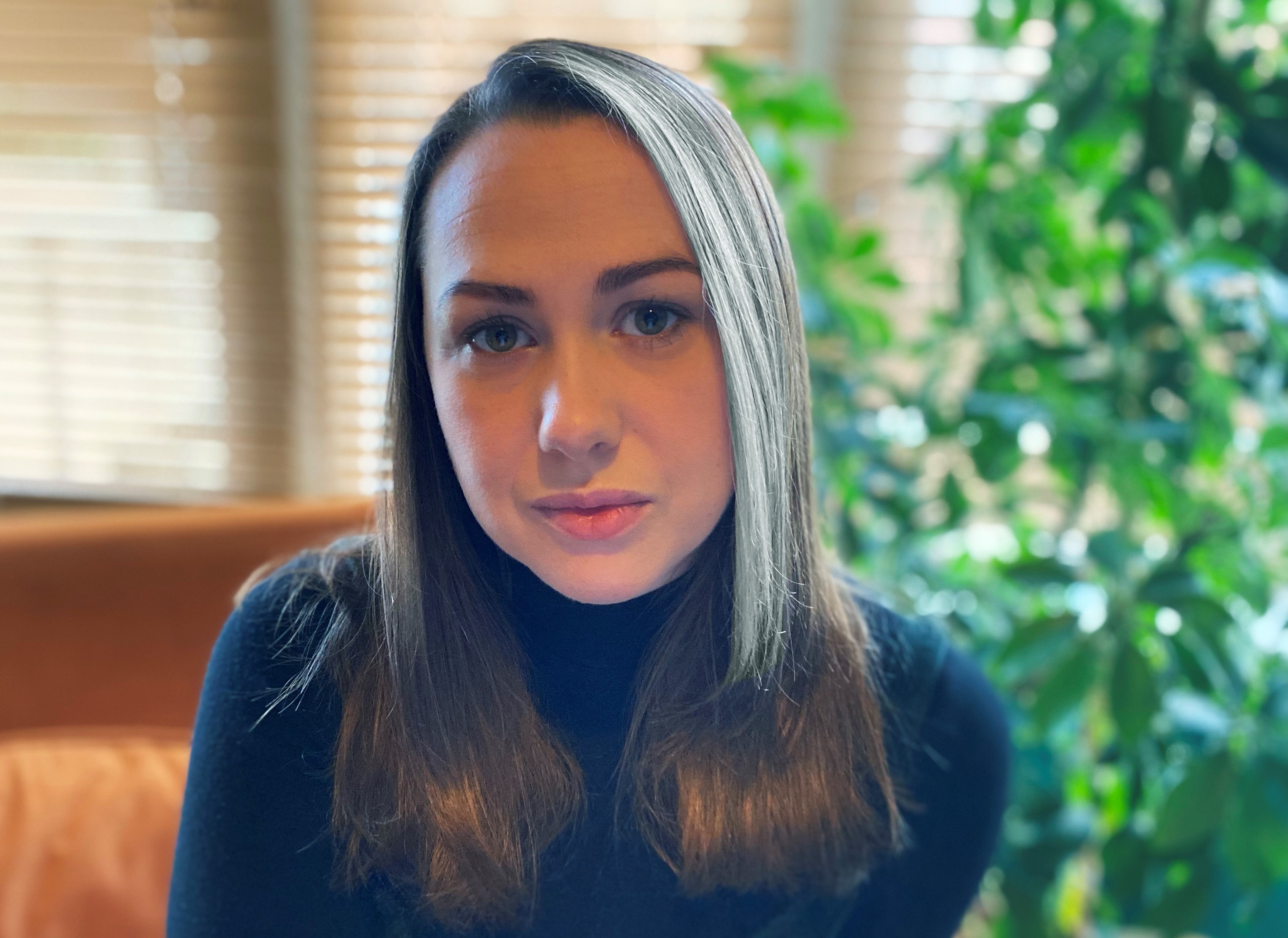 Originally from Blackburn, Iqbal Hussain worked as a journalist, on publications ranging from the Guardian to the Young Telegraph and as a successful short story writer. Northern Boy is his first full work: a coming-of-age novel about being a “butterfly among the bricks”. When not working on his writing or in his day job at a large City law firm, he enjoys long walks in Epping Forest, dreaming up new stories. He also composes music and would love to write a musical. 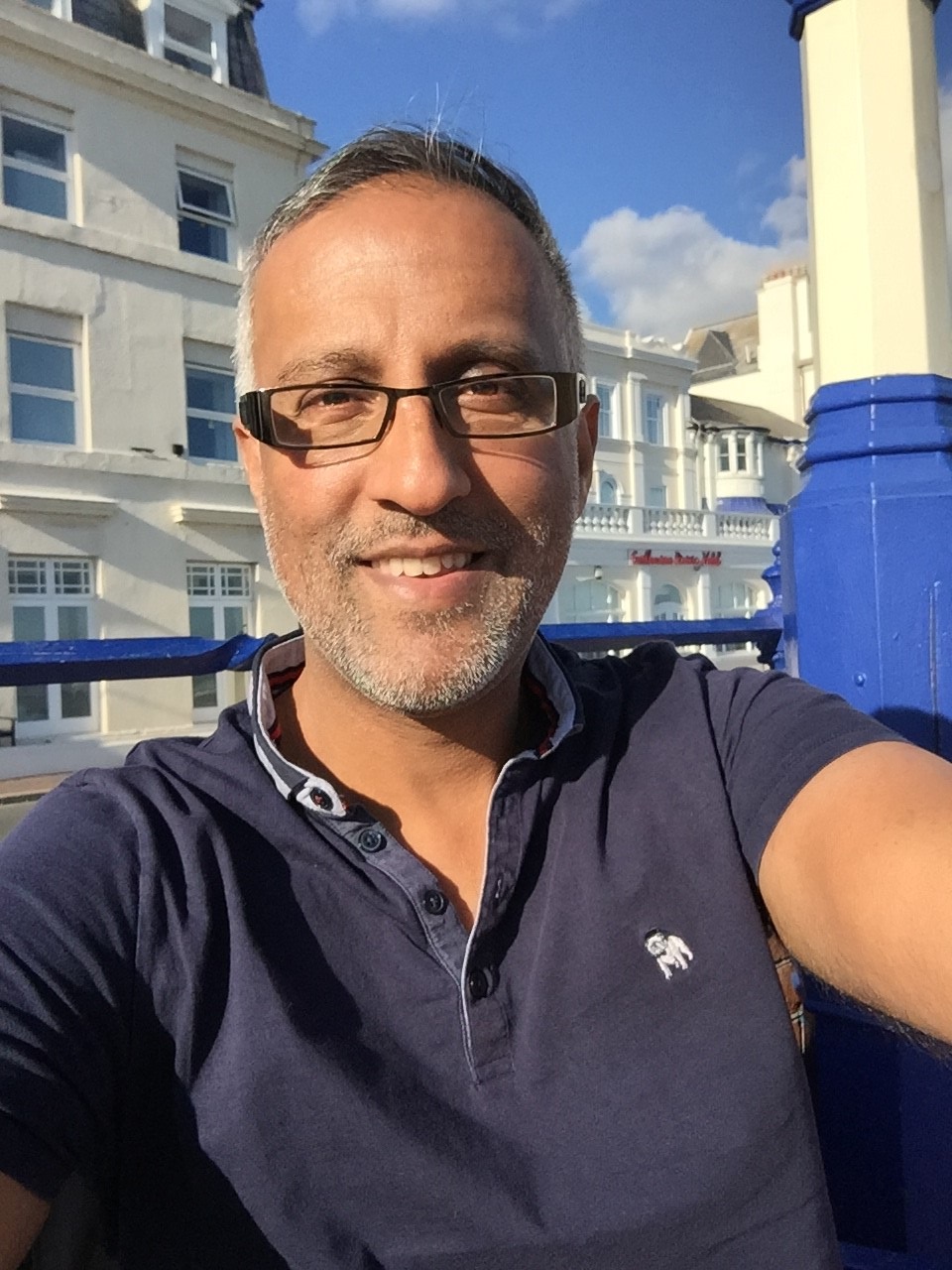 David Hartley is, in his own words, an author of Weird Fiction and Vegan Noir. He has written four short story collections , 'Threshold' (Gumbo Press), 'Spiderseed' (Sleepy House Press), 'Incorcisms' (Arachne Press), and 'Fauna' (Fly on the Wall Press). His stories have been published in multiple literary magazines including Ambit, Black Static, The Shadow Booth, and Superlative, and he was shortlisted for the Bridport Prize in 2020. He is the founder of the Narratives of Neurodiversity Network, and the co-host of the Autism Through Cinema podcast. 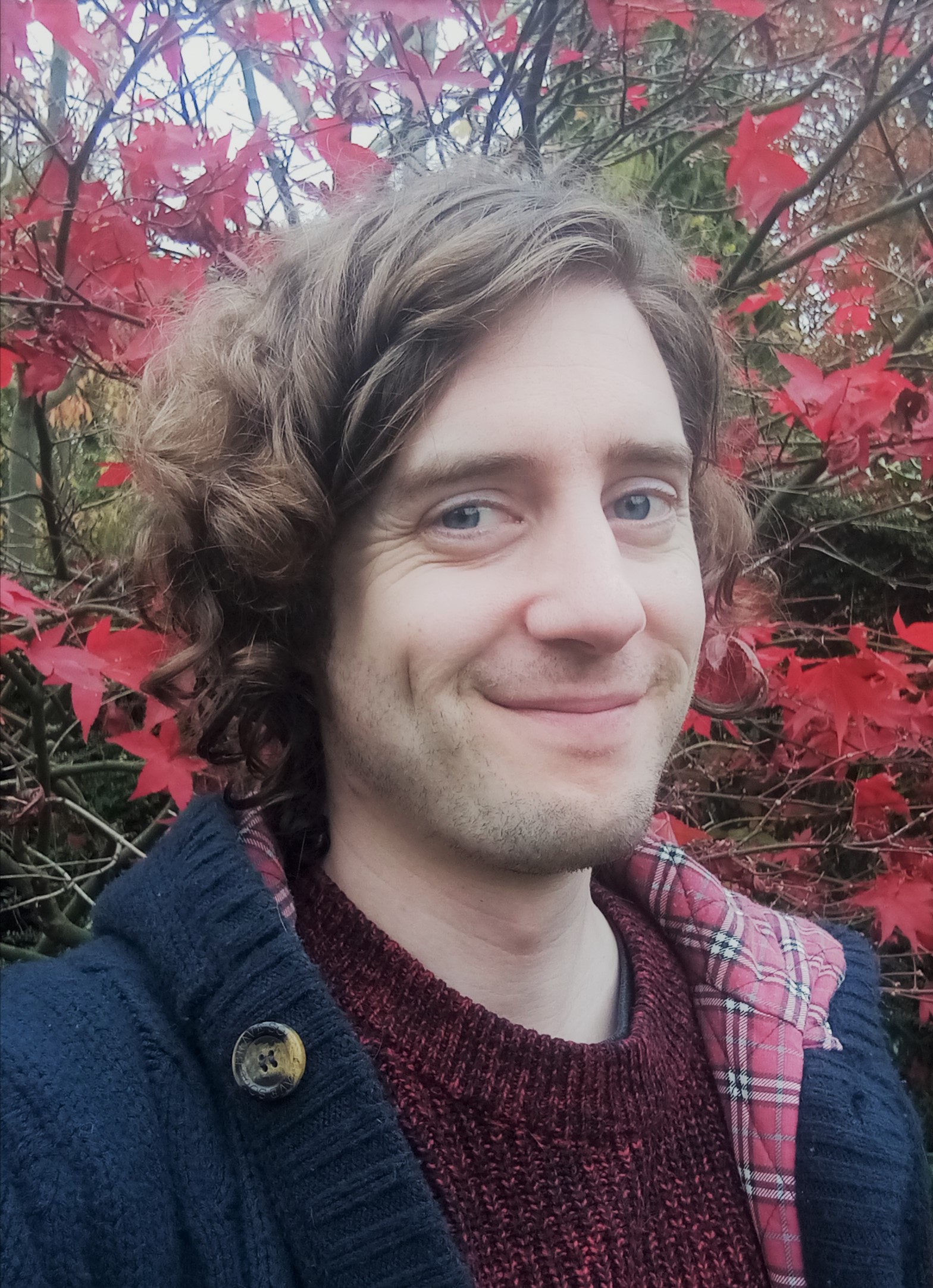 Peter Kalu is a poet, fiction writer and playwright. He cut his teeth as a member of Manchester, UK’s Moss Side Write black writers workshop and has had nine novels, two film scripts and three theatre plays produced to date. He gained his PhD in Creative Writing, Lancaster University, UK, in 2019. He has a first degree in Law from Leeds University, studied software engineering at Salford University and Languages at Heriot Watt University. In 2018 he was writer in residence at University of West Indies (Trinidad campus). For many years he ran a carnival band called Moko Jumbi (Ghosts of the Gods) which took to the streets at Manchester Caribbean Carnival on three feet high stilts. He continues to have ambitions in tightrope walking and hat juggling.

Find Peter Kalu on our catalogue 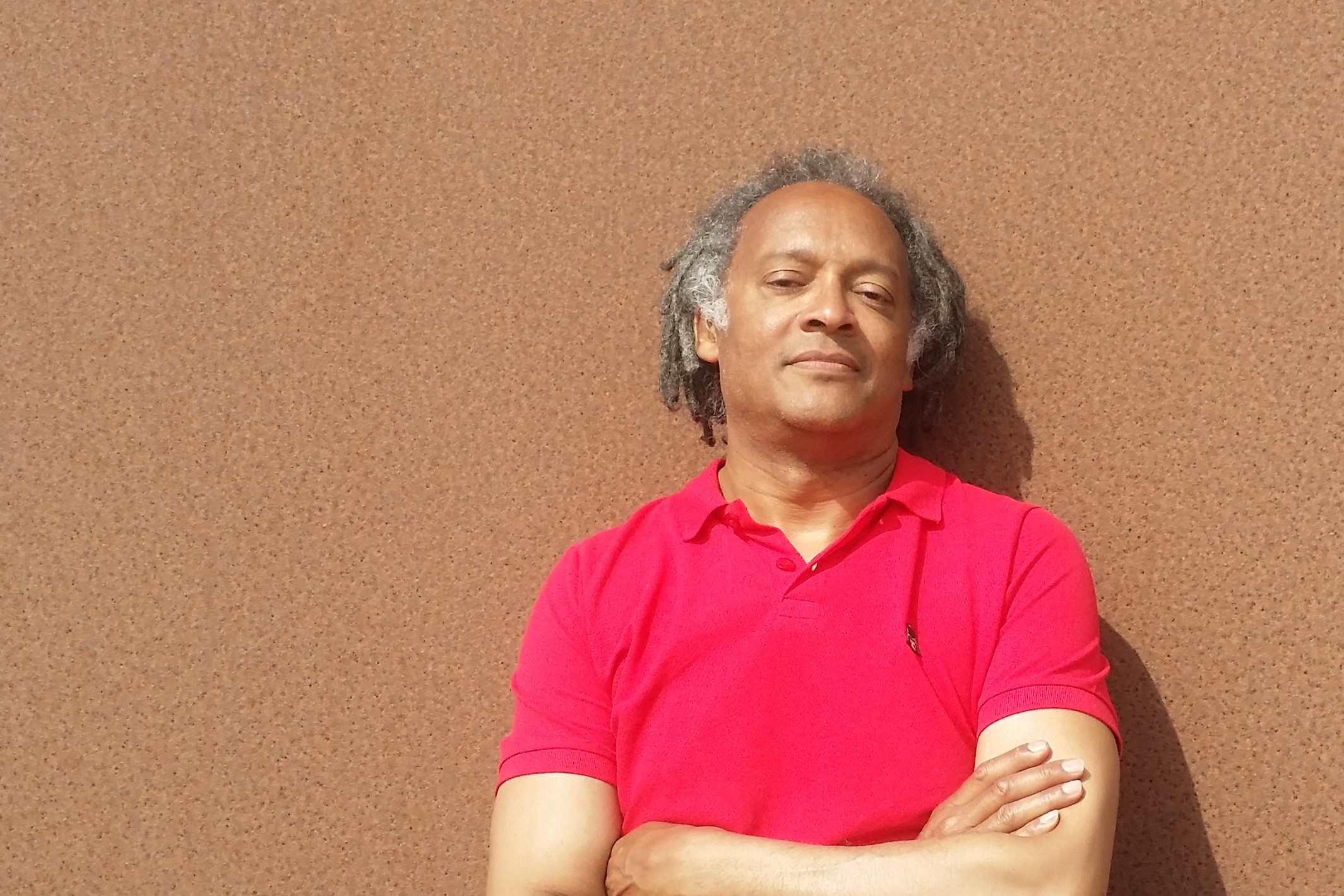 Sarah-Clare Conlon is a freelance writer, editor and press officer, and Literature Editor for Creative Tourist. She a published author or flash fiction and poetry. Her work has appeared in numerous anthologies and literary journals, and she is Manchester’s Victoria Baths’ inaugural Writer-in-Residence. She has been commissioned to write and perform short stories for multiple literature projects, including at Burnley Literary Festival, Macclesfield LIT and Sale’s Refract:19 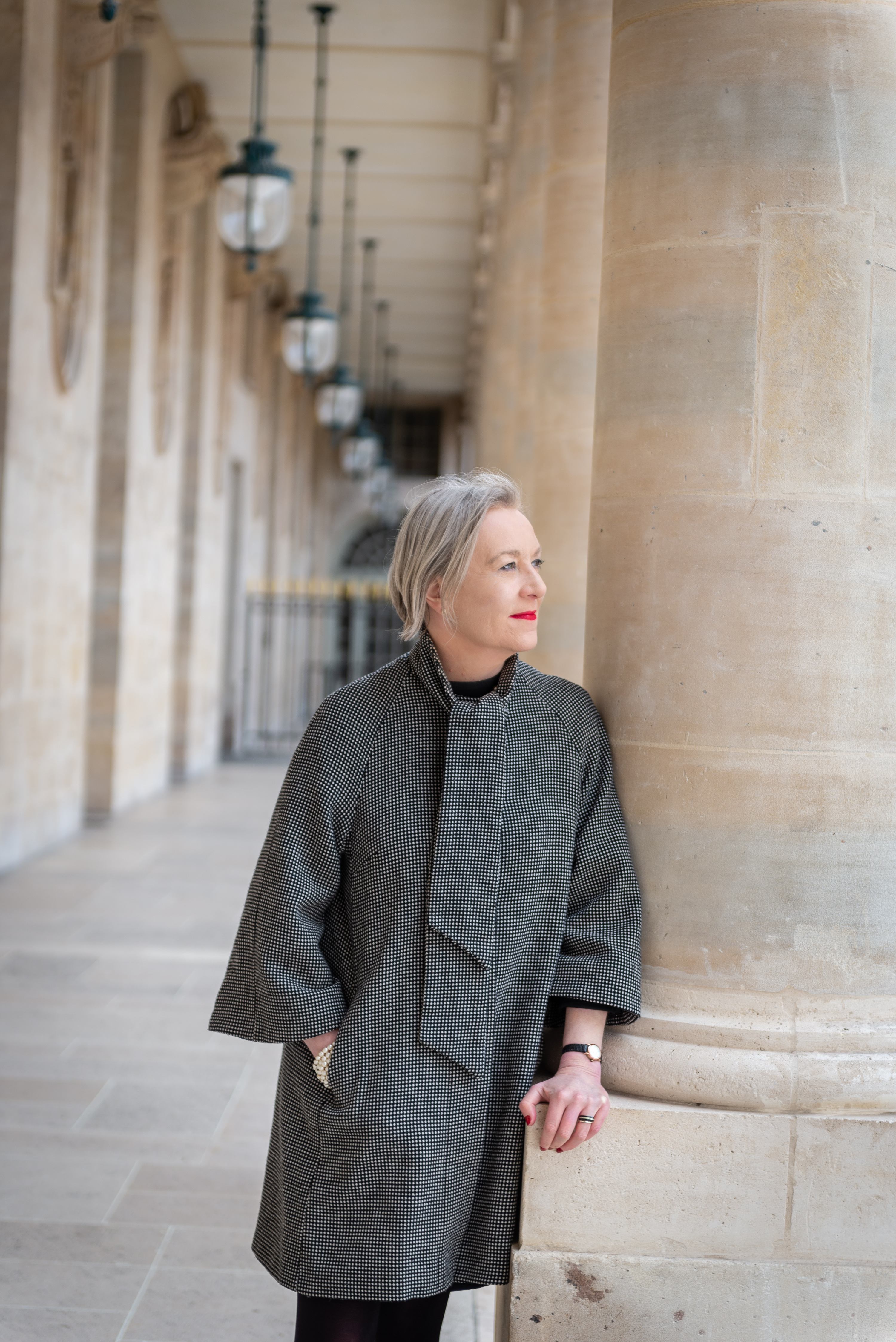 We are working on this project with the following partners. Find out more about them by clicking the links