Overlooking the picturesque town of Clitheroe is the ancient landmark, Clitheroe Castle. Sitting proudly on top of its limestone mound the Castle has dominated the local skyline for over 800 years.  The Castle and grounds are open daily and free to visit.  Stunning panoramic views of Ribble Valley’s beautiful, historic landscape can be seen from here which certainly makes the climb up to the top worthwhile!

The award-winning Museum is located in the former Steward's House, a Grade II listed building that was built in the 18th century to house the Steward of Clitheroe Castle.  Visitors will also find a Gift Shop making it a great day out for all the family.

Visitors to the museum will be transported through 350 million years of local history. The journey starts with the formation of the landscape we see today and why the Ribble Valley is a haven for unique wildlife. Moving through the galleries the captivating story of the Castle and surrounding area continues to unfold. From local industry and heroes to folklore and legends the exhibits, touchscreen animations and sound points make it a shared experience for everyone to enjoy. 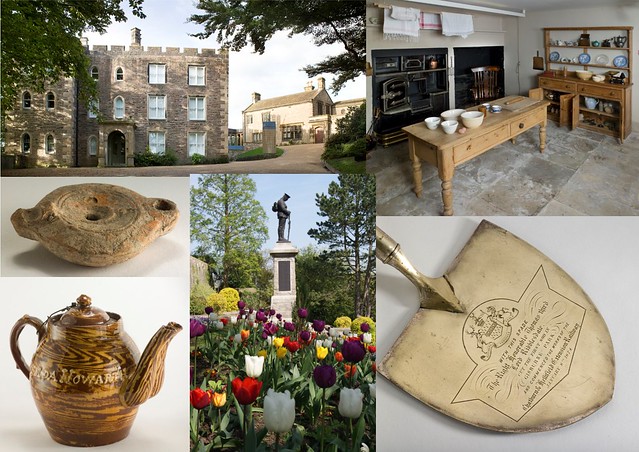 How to find us

Plan your journey and view bus timetables for your area and train times (external site).

Clitheroe Castle Museum is within the castle grounds at the centre of the town of Clitheroe. The buildings are at the top of a relatively steep (negotiable by powered scooter) slope. See the access statement (PDF 1362KB) for more detail or please ring us if you have any questions.

If you've visited us recently, don't forget to leave us a TripAdvisor review.

Discover more of Lancashire's diverse history and visit one of our other Lancashire Museums. Which of our museums will you visit next?

Things to see and do

Here's what some of our visitors had to say:

"The Castle dates back 1000 years and the Museum is well worth a visit for adults and children of all ages." (February 2020)

"Greatly enjoyed a trip to Clitheroe Castle. This ancient castle has masses of history, an interesting display of artefacts for children and their parents." (September 2019) 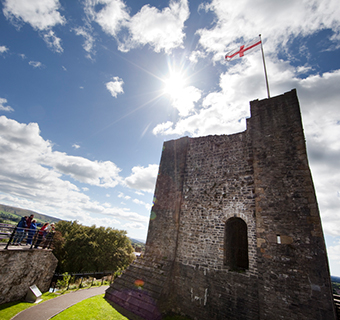 The Castle keep was built in the 12th Century and has ancient monument status.  Originally a three-storey building it is one of the smallest surviving stone-built Norman keeps in England.  The castle complex included a range of buildings that went far beyond the defensive.  Alongside the keep and enclosed within a curtain wall there would have been many other buildings including a great hall, a chapel to St Michael, courthouse, gatehouse and stables.  This was the centre of regional administration and a focus for the local community.

The de Lacy family, the earliest Lords of the Honour of Clitheroe had their principal castle at Pontefract.  A trusted Steward ensured that all their lands were properly administered and oversaw legal proceedings at the courts held at Clitheroe Castle.

Stewards seem to have become residents at the castle around the late 17 century and continued to be appointed until 1945.  The museum is located in the former Steward's House, a Grade II listed building, originally built in the 18th century, with later additions and modifications.

Explore the Castle Keep before your visit with this fantastic 3D model. Play the 3D animation and use your mouse to move around the historic castle walls.

When you visit us, climb up to the Castle Keep and take in the glorious views of Clitheroe, Pendle Hill and Ribble Valley beyond.

Clitheroe Castle by ruehilton on Sketchfab

Explore 16 acres of parkland, home to Lancashire's first Labyrinth and a Creative Activity Area at the foot of the keep.

The whole of the Castle complex, including the keep, the suite of buildings that now form the museum, the park and the bronze memorial sculpture all form Clitheroe's war memorial.  The sculpture was commissioned from Louis Frederick Roslyn, an established artist who had studied at the Royal Academy. Unveiled in 1923 the sculpture is powerful and contemplative.  The larger than life-size figure of a Grenadier Guard in battle order with cap, bowing his head and resting his hands on his reversed rifle stands on a pedestal of grey Aberdeen granite.  Below are bronze panels listing the names of those who lost their lives in the World 1 War.  A later plaque lists the names of those who died in World War II and plaques on the wall behind record fatalities form the Boer War of 1889-1902 and Northern Ireland in 1972.

In 2010, ten plaques featuring key events in the history of Clitheroe where installed on the walls of the creative activity area next to the Keep. The plaques, which are designed to look visually appealing and decorative, as well as containing Braille text, encourage people to explore the town's history. Visitors to the castle can take rubbings from the plaques, each of which highlights a local historical event.

Get lost in the winding pathways of the Clitheroe Castle Labyrinth, the first public labyrinth in Lancashire. Commissioned by Ribble Valley Borough Council in 2005 from international labyrinth artist Jim Buchanan the unique, large-scale labyrinth was designed specifically for the Clitheroe Castle Grounds.  Constructed from grass and limestone on the site of an old bowling green this community labyrinth is a stunning example of land art, which attracts and delights local people and visitors alike. It has been named Convex Green, to reflect its shape, colour and history as a bowling green.

The pinnacle monument is located in the former rose garden at Clitheroe Castle.  The pinnacle, or turret, originally formed part of the roof of the new Houses of Parliament after it had to be rebuilt following the Great Fire of 1834 and is one of eight removed in the 1930s.  Purchased by Sir William Brass MP and presented to the town for George VI’s coronation in 1937 the pinnacle at Clitheroe is unique in that it is the only one known to be accessible to the public. The other seven are in private collections or are lost to records.

Clitheroe skatepark was built and opened in 2006 and is an all concrete park made up of both transition and street elements that can be found in the grounds of Clitheroe Castle. 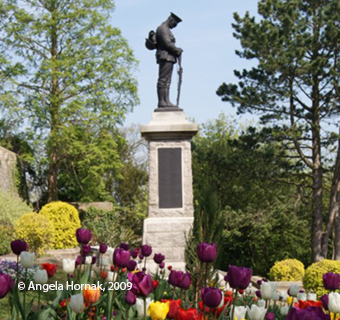 Borrow one of our explorer backpacks to make your visit a great adventure.

The backpacks are free to borrow and available from the museum reception.

Great for little kids and big kids too! 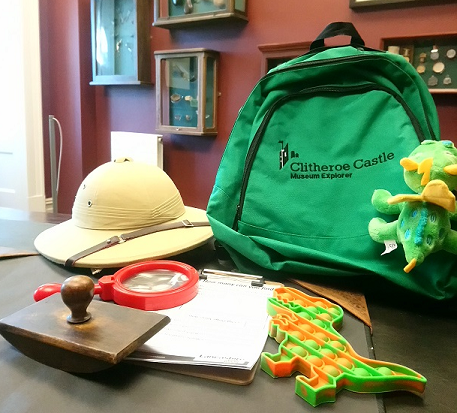 If you've visited us, what was your favourite thing you learnt about the castle? Let us know by sharing your experiences on social media using #ClitheroeCastle and don't forget to tag in @LancsMuseums on Twitter and @LancsMuseums on Facebook.

What's on: events and exhibitions

Monthly competitions for children. Hunt around the museum for different characters. May 2022 is Fearless Dragon Keyrings.

Search for the latest events at Clitheroe Castle Museum. If there are no current events listed check back for new events soon. We look forward to seeing you.

We also offer workshop sessions for schools, where pupils can learn about the history of the castle, keep and 1066 Norman history. Our Heritage Learning Team's aim is to give pupils the opportunity to explore and appreciate Lancashire's rich heritage through access to our unique collections and stimulating sites such as our historic castle.

School sessions can be tailored to complement your curriculum. We work closely with teachers to meet individual needs and reinforce classroom learning.

Find out more about Learning with Lancashire Museums. 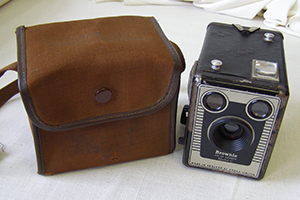 Our museum loan boxes contain a wide range of historical artefacts, replica objects and useful resources loan boxes are a great way of bringing a little bit of the museum into your classroom.